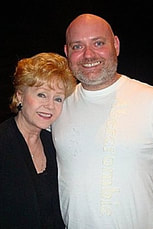 Debbie Reynolds
American Icon and Hollywood Starlet
"I want the world to know that Thommie Retter is a very talented young man. We loved him at Debbie Reynolds' Studio, and we miss him. We wish him success in whatever he pursues." 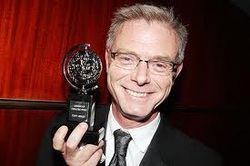 Stephen Daldry
Director,  Billy Elliot The Musical
"Having Thommie Retter in our show Billy Elliot for both Peter Darling, the choreographer and I was a total God send.  Thommie's versatility, energy and commitment made one of the most challenging numbers in Billy one of the most joyous. We were lucky to have him."

Tony Danza
American Icon
​"I have studied with Thom over the years and in preparation for a Broadway musical. He is a wonderful tap dancer and an even better teacher. Patient, yet demanding and totally organized, He gets the job done!"

Darryl Retter
Educator - Mentor - Director  Choreographer - Songwriter Producer
"Thommie Retter is my brother, and I can assure you that he’s always been bigger than life. Thommie and Becca Retter continue to create the most useable music and choreography for dance studios everywhere. If Thommie or Becca’s name is on it, I want it for my studio. And you should too.

Ashley Argota
Hollywood Celebrity
"Taking tap class with Mr. Thommie is always high energy and filled with fun and laughter. I was a shy little girl in the corner but Mr. Thommie's class was so fun and carefree it made me feel like I could do anything. He made tap my favorite thing to do. He's an amazing dancer and teacher, and I've had the privilege of working with him as a songwriter and music producer as well. Most importantly, he's one of the most incredible people I will ever meet in my life. I have learned so much from Mr. Thommie, and I feel blessed to know him.
Love you, Mr. T!"
Sign Up Today
For Email Newsletters you can trust.
VIMEO | INSTAGRAM | FACEBOOK | TWITTER
© 2014-2022 | All Rights Reserved | Retter Entertainment | ​Website by Stage Door Designs