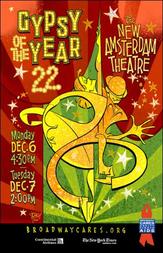 GYPSY OF THE YEAR
In 2010, along with cast mates Grady Bowman, CK Edwards, David Larsen and Robbie Roby from Broadway's Billy Elliot The Musical, I had the honor of performing a favorite tap piece of mine.  The number we performed was special to me because it is a standard that I have taught to countless students over the years. Onstage performing that day in front of the Broadway community, with close friends on either side, filling the New Amsterdam Theatre with the joy of Tap Dance is a memory I never get tired of revisiting. 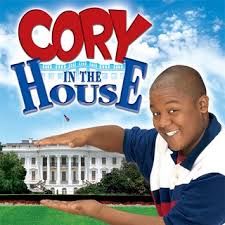 CORY IN THE HOUSE
Working with Disney's hit show Cory In The House came along through a network of friends starting with Executive Producer, Patty Gary Cox. It was an enormous treat to work for Patty and the memory of choreographing in the house Mickey built is one I will always cherish. 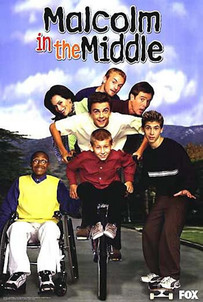 MALCOLM IN THE MIDDLE
While performing a tap dance at the wedding reception of Matt Marshall; an Assistant Director for Malcolm in the Middle; and his lovely wife Gail, I was noticed by two producers and asked to audition for a dance-double role for a regular cast member. I got the part and the episode was subsequently nominated for an Emmy Award for choreography. Months later when they needed a choreographer at the last minute the producers called me in to help out with a scene.
I'm sure Bryan Cranston can do the moonwalk to this day! 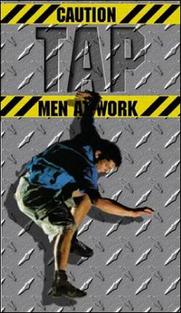 CAUTION TAP MEN AT WORK
Caution: Men At Work Tap! is a live, all tap show that travels the world with a rock band describing the pulse of everyday workplaces from the taps on the performer's feet. After being cast in the original production of Caution: Men At Work Tap, by then director/choreographer Alfred Desio, Thommie was brought in by Theatrical Arts International to revamp the production including all new choreography and direction and send it out on a 40-city International tour. As a first time Director, Thommie recreated this production with all new choreography and added that special touch that only Thommie Retter can. CMAW: Tap, recently finished a 10-week tour of China, and plans are in the works for additional tours in the future!
Sign Up Today
For Email Newsletters you can trust.
VIMEO | INSTAGRAM | FACEBOOK | TWITTER
© 2014-2022 | All Rights Reserved | Retter Entertainment | ​Website by Stage Door Designs